My Seven Wonders of the Sydney Mardi Gras Festival 2012! 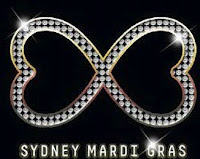 As another great Sydney Festival fades it’s time to plot and plan what you’ll be off to see in the Sydney Mardi Gras Festival for 2012. In between the partying, the Film Festival and the Festival Bar you should get out and experience some of the fabulous shows that make these three weeks in February all ours!
It can be daunting just trying to find out what you options are so just to help you out I’ve scanned the Guide’s, the websites and the gay rags – called and consulted my sister showgirls for all the latest street gossip, and come up with my Seven Wonders for you to consider.
Hats Off – Monday 13 February
Always the first cab of the rank and setting the bar for the rest of the festival is a favourite the Hats Off charity concert.  This evening brings together the stars of Australia’s music theatre and cabaret worlds to raise funds for the fight against HIV/AIDS. The theme this year is ‘Hats Off To The Freaks’, drawing inspiration from the world of Coney Island and the touring freak shows of old.
Scheduled to be part of this fabulous Sideshow are: the Company of Love Never Dies, the Company of Annie The Musical, Amanda Harrison, Amy Housewine, Anthony Costanzo, Gareth Keegan, Jack Chambers, Katrina Retallick, Lena Cruz, Lesley Hancock, Lucy Durack, Matthew Robinson, Michael Falzon, Peter Cousens, Phil Scott, Rachel Beck, Shaun Rennie, Silvie Paladino, Queenie Van De Zandt and the very wonderful Miss Geraldine Turner. This is the most incredible line up – I’m not sure I’ll be able to sleep after it.
Then to top it all off its going to be hosted by those killers, Gary Scale and Jan Van De Stool. I checked in with Garry to see how it’s looking and he said “I must have done something terribly wrong in the past to be teamed with that demented Jan Van de Stool for yet another Hats Off Concert. I can only beg forgiveness”.  Nothing to forgive guys we ache for you – chookas!  Info & tickets www.sydney.edu.au/seymour
The Temperamentals – 12 February to 3 March
Gay activism didn’t start with the Stonewall riots in 1969.
Two decades earlier, a group of gay men in California dared to declare their sexuality to form the first gay rights organisation in America. In the closeted USA of the early 1950s, ‘temperamental’ was code for ‘homosexual’, part of a created language of secret words that gay men used to communicate.
The Temperamentals depicts the birth of The Mattachine Society and the love affair between its two founders: Harry Hay, a teacher and Communist Party member, and Rudi Gernreich, a young Holocaust survivor and Hollywood costume designer (who would later find fame as the creator of the topless swimsuit!)
Playwright Jon Marans brings to life a diverse group of individuals in this intelligent, sexy and entertaining mix of politics, history, camp humour and emotional candour. Backstage, the US actors paper, said "The Temperamentals is an exceedingly fine play - smart, passionate, focused, and satisfying."
The New Theatre is presenting the Australian premiere of this off-Broadway award-winning play of 2010 with a young fresh cast of local actors. In past Mardi Gras Festivals the New has presented some fantastic productions – this too looks like it could be a winner. Info and tickets at www.newtheatre.org.au
Britney Spears: The Cabaret – 15 to 25 February

Christie Whelan becomes Britney, she recently wowed critics and audiences in the lead role of Xanadu in Melbourne, and it’s said she manages to be both satirical and moving in her Britney portrayal. Christie Whelan is a star on the rise and gossip suggests she is in the running to be our Elle Woods in the Australian Legally Blonde. Info & tickets at www.mardigras.org.au


Gaynor Tension - My Broadway – 15 & 16 February
This is a relatively new drag act on the Oxford Street scene but Michael Leslie the guy behind the diva has hit the strip running!
Gaynor Tension has had a short season in the cabaret restaurant at the Taxi Club, performed at the Polly’s and has been doing the traditional Polly’s Follies entree to the scene. Gaynor played Berthe in the recent production of Pippin at the Sidetrack Theatre and got very favourable mentions in the reviews for that show.
I’ve seen Gaynor perform a few times and the voice is really very good, but I thought she just needed some good direction to create an act. Well low and behold here we have a brand new show My Broadway written and performed by Gaynor and interestingly directed by Benita de Wit, the director of that Pippin.
Benita de Wit told me “It's shaping up to be a fabulous show. We've picked the gowns and the shoes, rehearsed the songs and the show is developing a life of its own. It's great fun for all ages, with a few naughty jokes here and there. The songs are a combination of classics to hum along to, as well as a few you probably haven't heard before. Gaynor Tension is a real hoot to work with. She's the Broadway diva that never got her big break. But boy does she have talent!"
Gaynor Tension spent a life struggling under greats like Judy Garland, Liza Minnelli and Ethel Merman. Always the understudy, this remarkable woman missed out on her chance to shine as the great DIVAs of theatre stole her act. Miss Tension will spill the beans on Broadway’s great ladies and takes you on a musical journey of the songs that almost made her a household name. Enjoy the hit songs from musicals such as Cabaret, The Sound of Music, The Wizard of Oz, My Fair Lady, Showboat, La Cage, Hello Dolly and Gypsy! An evening for the show queens, info & tickets at www.sydney.edu.au/seymour
Bob Downe’s Retro-Gras – Sunday 26 February

Well these are my people, this is my tribe and Retro-Gras has become a must do in the festival. Bob’s dragged us from the Oxford Hotel to Mardi Gras Party and now to the special Beresford Upstairs. It’s such a perfect fit, all the plastic fantastic will combust!
DJ Mr Downe plays only the very best retro dance tracks in a tea-dance setup and then every now and again we get a short show. He is once again supported by three of Oxford Streets living legends, Cindy Pastel, Miss 3-D and Monique Kelly, oh yes they are very retro but everyone should glimpse what they are about, their old school, part of the strip’s history and - well you can never tell what they’ll get up to.
I tracked down Australia's Clown Prince of Polyester to ask him if he had more stars to announce for my readers and he said; “Hi kids! You'd better come to my Retro Gras Tea Dance coz it MIGHT be the last one! I'm threatening to pull the plug unless Pat Gently comes out of retirement for just one number next year... Or even this year! I'm not fussy."
Then Bob has his show-biz mates (who doesn’t me know) Paul Capsis, David Campbell and Melinda Schneider are tipped to appear along with other surprises. Sounds like the making of one very fab night.  For info & tickets go to www.mardigras.org.au
A Family Affair - Wednesday 29th February
This looks exciting mainly as it features many of our community artists on the one program. Featuring an amazing one-off line up with some very special surprise guests, performing some of the biggest dance anthems and disco in the lovely intimacy of the Super Club at the Oxford Hotel.
Produced by renowned UK/International DJ and music producer Wayne G, a Family Affair is a musical extravaganza featuring our community's favourite artists. Including Shauna Jensen, Peyton,  Bob Downe, Courtney Act, Rhys Bobridge, Rebekah Wheatley, Michael Wheatley, Naomi Palmer and Terrance Wakewood.
Shauna Jensen told me "bring your disco shoes and be prepared to boogie". Seems to me to be a perfect warm up for the coming weekend celebrations, tickets and info from www.moshtix.com.au
Diamonds Are For Trevor – Friday 2 March

This is Mardi Gras’s premier festival show for 2012. Our very own Trevor Ashley has been commissioned to create this special Mardi Gras show based on one of the all time queens of concert Dame Shirley Bassey and to play in the wonderful State Theatre – where I saw the extraordinary Miss Bassey in the mid nineties.
Trevor Ashley has appeared in mayor roles in two of Australia’s biggest musicals (Hairspray & Priscilla) and played every major cabaret stage and festival across the country with his one man shows. His I’m Every Woman sold out at the Sydney Opera House, and Liza (On an E) has received standing ovations and rave reviews at all this country’s major festivals.
Collaborating again with writer Phil Scott (The Wharf Revue) and for the first time with director Craig Ilott (Smoke & Mirrors), he will be dressed by Oscar and Tony award-winning costume designer Tim Chappel (Priscilla). Trevor will have a fourteen piece orchestra and some of the songs I understand to be included will be Miss Bassey’s great hits: Big Spender, Goldfinger, Never, Never, Never, This is My Life, Get the Party Started, History Repeating, and Diamonds are Forever.
We first got to see how on the money Trevor’s impersonation of the Dame is when she stopped the I’m Every Woman show; being a lifelong fan of my fellow welsh country woman it was so uncanny the voice and those showgirl nuances were. I can only imagine how he has developed these for this show.
Dame Shirley Bassey cancelled her Australian tour a few years ago due to a health problem and now seldom sings. She has had a remarkable life both on and off the stage, and whilst there can never be another Bassey; this show has all the elements to be unforgettable. I do know (from a source close to Shirley) that the Dame doesn’t care very much for her impersonators and I don’t think Trevor can expect an opening night message – but I’d kill to know what she says when she sees the video!  For info & tickets go to www.mardigras.org.au
It’s going to be a wonderful three weeks and I’m sure you’ve got other shows to see on your wish lists, feel free to leave me a comment – but it’s all about getting out and supporting the presenters and artists making up our 2012 festival. See you in the foyer – say hi!