This week I’ve been doing one of the things I love most, that is sitting in a theatre and taken on an emotional and enriching journey, and this time struck gold as I also leant something new about myself as a result of the experience.

I’ve been to see the much talked about and critical acclaimed Angela’s Kitchen Paul Capsis’ evocative and beautifully staged piece of autobiographical theatre at the intimate Stables in Kings Cross. 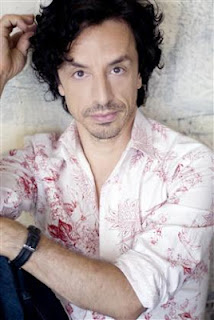 But first can I take you back to about the late eighties or the turn of the decade and to DCM nightclub in Oxford Street which was really at the centre of drag performance and performance artist’s of the day. This is when I first made the acquaintance of Paul Capsis. He was a young man I suspect in his early 20’s who would occasionally perform what was to later become his stable of female singers. The look was early nineties androgynous, the voice something unique and in all - a package we hadn’t really seen before.

I recall that the first show of Paul’s was for the Mardi Gras festival of 1992 when he unleashed his talent on the greater Sydney GLTB scene in The Lady is a Camp at Belvoir Street Theatre where he performed channeling divas from decades past Marlene Dietrich, Janis Joplin, Judy Garland and Billie Holiday. The rest as they say is history and over the years he has given us some very memorable queer slanted shows such as Burning Sequins, Burlesque Tour and Boulevard Delirium. He is one of my all-time favourite cabaret performers – god can he sing.

But he can also act and tell stories and it’s the whole talented and gifted package that I say makes Paul Capsis a living national treasure. This show Angela’s Kitchen is story telling at its most excellent, entertaining and educational.

“Long to reign over us”

Oh I wish I was on my way to to join the ’s for their greatest party ever. And whist it’s the party for the people, Her Majesty will really celebrate when she becomes the longest ever reigning Monarch in four years time – will she make it?

Queen holds the record of the longest reigning Monarch just short of 64 years and died 82 years old. Queen Elizabeth II is about to celebrate her Diamond Jubilee, a 60 year reign and is 85 years old.

There’s been much gossip about The Queen standing aside to allow Prince Charles to become King or even skip to Prince William – all rubbish of course.  This was put to rest just recently when The Queen renewed her pledge to serve her people until the day she dies.

’s love affair with portraits just got turned to full-on with the launch of the Head On Photo Festival, the world's second largest photography festival. Now in its third year, it features a wide range of photography across all genres with over 200 events at 100 venues.

At the heart of the festival is Head On Portrait Prize which is the nation’s major innovative showcase for Australian portrait photography, reflecting a diverse cross-section of new and traditional photographic practices. It is the most critically acclaimed photographic portrait competition in .

One of the exhibitions in the festival is On Parade – Portraits from Sydney Mardi Gras by Sydney based freelance photographer Jamie Williams who draws inspiration from people and stories that don’t receive mainstream coverage. It’s showing in a wonderful gallery space called Global Gallery in Comber Street, Paddington just off Oxford Street in the part us locals call Paddinghurst. Showing now and running till 13 May. 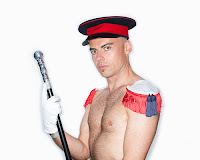 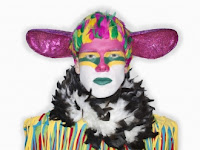