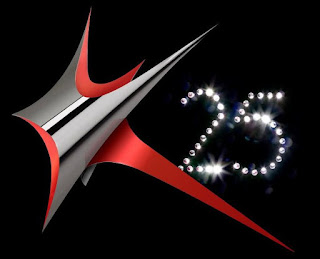 So the end is nigh – but hasn’t it been the best ride of a year, celebrating Kylie’s twenty five years in the music industry. And for us in Sydney we have her to top and tail the year.
Miss Minogue has the love and admiration of many and not least this old showgirl. For me Kylie is the ultimate showgirl, all class and style. And the way she has chosen to celebrate and mark her great achievement just oozes all of it.
She has after all sold 68 million records starting in 1987 with Locomotion and recorded 11 studio albums and four greatest hits. She has given us some of the best shows we will ever see, with Showgirl and Aphrodite Les Follies being perfect   pop concerts. She has numerous awards including an OBE, a French Knight of Culture, is in the ARIA Hall of Fame – and is the Pop Princess.

How lucky were we to have her here in Sydney to celebrate Mardi Gras and her association with the GLBT world community, by appearing as our special guest during the Parade and performing a twenty minute unforgettable thank you show at our celebration party.
She has performed her Anti Tour, which featured b-sides, demos and rarities from her music catalogue. She also performed at Queen Elizabeth II's Diamond Jubilee Concert, and BBC Proms in the Park London. Kylie released the single Timebomb in May, the greatest hits compilation album, The Best of Kylie Minogue in June and the singles box-set, K25 Time Capsule in October.

Each month of the year on the 25th she has released a surprise for her fans through her website and I think some of those highlights have been the video for Timebomb which is Hot, a 25 year celebration video of all the different versions of Locomotion, and the release of her latest single Flowers.

For me the most enduring gift to her fans has been the wonderful compilation album The Abbey Road Sessions which contains reworked and orchestral versions of some of the very best songs from her musical catalogue. Long after K25 fades surely this CD alone will stand as the most perfect mark of a special artist and her work thus far. (If for some almost undeliverable chance you are reading this and don’t have any Kylie Minogue recordings in your collection – this is where you start).
K25 ends as it started with Miss Minogue here in Sydney in the guise of the Creative Ambassador of our famous New Years Eve firework show. “So many things are happening for my 25th anniversary in music, but I can’t think of a better finale for the K25 year than to be in Australia for the Sydney NYE celebrations” said Kylie. 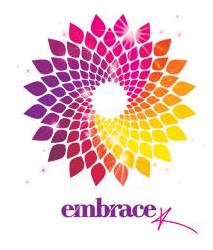 Kylie is working with the City of Sydney to develop the theme, colour scheme and music for NYE12 and has chosen Embrace as the theme. “Embrace is all about acceptance, tolerance, fun and, above all, love,” Kylie said. Kylie’s theme is represented by the Embrace icon ─ a swirl of coloured sails in magenta, yellow, purple and red, which is marked with her signature K.
Finishing her own personal celebrations with all this colour and excitement and sharing it with millions and millions of fans is the perfect finale – the beginnings of a new year and the start of a new chapter in a very splendid career – Bravo!