The last thing I thought I’d be up to is preparing for a performance - but ‘Legends of the Golden Mile’ here I come! 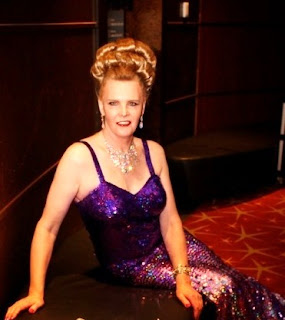 Bubbling along, pretty much under the radar, for almost a year is an interest in the 70’s 80’s & 90’s on the Sydney gay scene, and people who had the best time experiencing those years reliving and sharing their memories. I guess it started with the creation of the social media page ‘Lost Gay Sydney’ where everyone shared old photos and past experiences, reconnected with friends and caught up on the whereabouts of the people with whom their youth was lived.
This led to a tea dance last December, ‘Reunited’, and a group of us eight showgirls who had worked the scene back in the eighties and nineties coming together to perform the signature show. Whilst we had the best time reconnecting and enjoying the company of each other in creating that performance, the party was a bit of a disaster and to cut a long story short – we did not receive our fee. Unfortunately to many showgirls this is not an isolated experience and between you and me, glamour doesn’t come cheap.
For a short time the famous Imperial Hotel in Sydney presented monthly retro events showcasing different showgirls of the past, and that has led to a lovely little series of intimate evenings at the Oxford Hotel ‘Legends of the Golden Mile’. 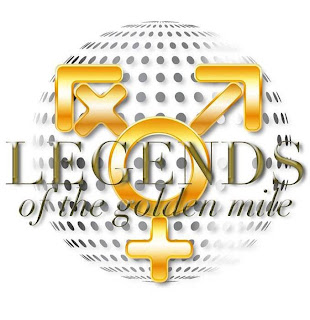 This dinner and show type evening, in an intimate cabaret showroom, features three different performers of various generations who have a past connection with the Sydney gay & lesbian entertainment scene, whose heart has traditionally been centred around Oxford Street, Darlinghurst and fondly dubbed the golden mile.

I was delighted a month or so ago to be invited to be part of the current season. Now for all intentional purposes I consider myself long retired, but after loving persuasion from my younger friends, who I guess missed that part of my earlier life and were keen to see this showgirl do her stuff, I agreed.
It’s been a very interesting experience starting from scratch, new material had to be found and new costumes made. Thankfully I have some great friends in Chelsea at the House of Priscilla and Mama Shirl who were both quick and excited to help and have created two very spectacular gowns. Amelia Airhead has complied my soundtrack and it’s been great fun sourcing two tracks that are both modern and at the same time classic showgirl.
What makes this gig most interesting and consequently slightly terrifying is that each performer is interviewed about their career and talks about their connection to our local community. The audience will also get the opportunity for a Q&A or grill the glamour as some wag put it. During this part of the evening a DVD of photos covering my personal journey will play on the big screen. What an amazing experience compiling that was – it has most certainly put me in the zone for such a rare retrospective moment.
Some thirty performers will have appeared by the time this season finishes in mid-October, each telling their journey on this astonishing Sydney Street, many of their friends will have had a brief chance to reminisce and perhaps some of our younger folk will have glimpsed what has gone before on what was once a Golden Mile. 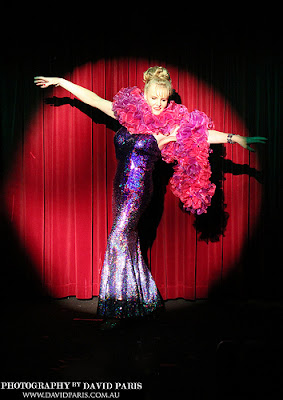