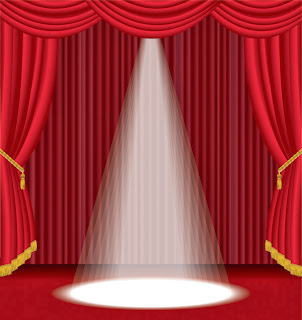 In 1974 the CAPS Awards were the equivalent of the DIVA Awards, and like the early DIVAs, the entertainment at the CAPS was made up of numbers from the working showgirls and spots from those nominated for an Award.  I had been performing in Loraine Campbell Craig’s Sunday afternoon Stray Girls talent show and was nominated in the Best Newcomer category. I was invited to perform When You Smile my big number at the time by Shirley Bassey. I wore a costume I borrowed from a sister showgirl who, in turn, had bought it from Carlotta. I can remember being very nervous and then disappointed when someone else’s name was read out as the winner.

fast forward…
For an up and coming performer in the Industry, the only interesting Award is that of DIVA Rising Star, and this year is possibly the most wide open category in years. The current Sydney Industry is in great shape with several different talent nights discovering new performers and many show great potential. This got me wondering - do the showgirls who might be nominated have a similar story to mine? I spoke with some of the possible Rising Star’s to find out.
Ivy Leaguee 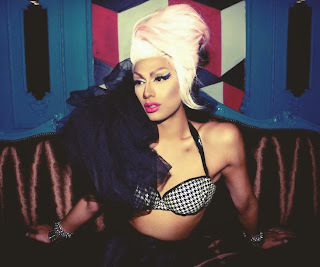 Ivy has only been a showgirl for two years, which is amazing when you think of her impact on the current Sydney scene. Being a finalist in Tora’s Drag Race in 2012 launched Ivy on her journey to the top. The two finalists of that drag race went on to join the cast of the Midnight Shifts regular Thursday cast where Ivy began to develop and grow her talent.
Ivy told me “It’s about 2 years ago when I decided I wasn't going to stop until I became a Sydney showgirl. Setting goals and achieving them much sooner than I would have ever thought is crazy. It just shows you can do anything if you want it bad enough and are willing to put in the time”.
Ivy lists her mentors as Minnie Cooper, for encouraging her to do what she wanted when everyone else said the opposite. Kitty Glitter for giving her opportunity's she’d only dreamt of and encouraging her to dream big and reach for them. And tells me Decoda Secret is truly an inspiration, teaching her and prepping her for everything that could possibly happen.
Ivy is a busy showgirl and performs in the current smashes, Kylie-Made in Heaven at the Imperial Hotel and Manuf#cktured at Arq. She hosts her own night at The Gay Bar and recently produced and starred in the spectacular Shakedown party show for In the Dark.
Ivy told me that “One day I hope to be an inspiration and support to many other baby queens and help them reach their dreams, as so many of us wouldn't be here without the help and support from our showgirls and showgirls before them”.
please click to read the rest of this post
No comments: