25 Years of DIVA Hall of Fame

While all the accolades at DIVA are indeed highly coveted, there is one honour that brings more than just praise and prestige and is close to many of our hearts: DIVA Hall of Fame.
I can absolutely assure you, choosing an inductee is about the most serious and important task a board, a judging panel, a community of peers – even a tribe of drag queens – can do.
Look at our list. It includes the pioneers Rose Jackson, Robyn Lee and Simone Troy. Those that gave us our most notable playgrounds: Leigh Jennings with the Albury and Dawn O’Donnell with the Newtown and the Imperial. The famous household names Carlotta and Carmen. Those we lost, way too young, who despite illness shone: Leggs Galore and Fanny Farquhar. And of course, the many talented queens who made a mark: Mogadonna, Mitzi, Chelsea and others – there all on our roll.
As we celebrate this the 2015 inductee, I caught up with a medley of our treasure to reflect on their special moment in the Hall of Fame spotlight.
CINDY PASTEL 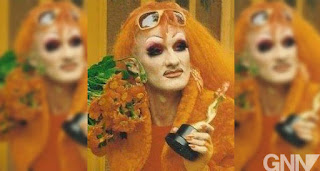 Cindy Pastel debuted back in 1979 at Patches nightclub and launched a career that would become one of Australia’s most significant and influential. Throughout the 80s she was a huge star, headlining at many of our now infamous Hordern Pavilion dance parties and appearing in the most theatrical and groundbreaking shows of the day.

Resident at the Albury Hotel in the 90s, she was one of the performers behind the famous Scary Fairies who literally changed the face of drag, creating what is now fondly referred to as the Sydney drag style.
Cindy entered the DIVA Hall of Fame in 1995.
“I remember the night. It was in the RHI at the showgrounds and I sat with my son, Adam,” Cindy recalls.
“We had just finished doing the opening of the second half for the Best Costume Award. He played the preacher in ‘Sugar Baby Love’ by The Rubettes, used in the 1994 film Muriel’s Wedding, while I actually was in a wheelchair playing Rachel Griffith. Benina Bodd was Muriel and Lana Turnip did the big line, ‘You’re terrible, Muriel’, while hoeing down a hotdog.
“It was a very special time with the old girl and son present as the community saluted me for my work,” Cindy said. 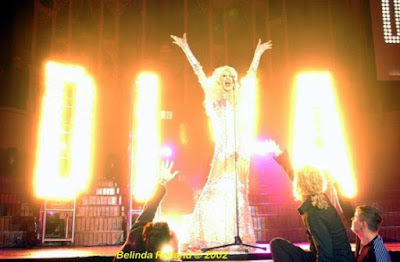 In 1991 David Wilkins, Penny Clifford and Ian Jopson wanted to organise an event to celebrate Sydney’s amazing drag queens, their work and the many talents of the people who made up the local gay entertainment industry. They kicked off a community organisation that has existed because of the effort of many volunteers over the years with support from numerous community venues, LGBTI media and local small business.
Over the course of those first few years, David, Penny and Ian realised that the endeavour was too big for three people to handle and as such, they formalised the event, created a committee structure and a not-for-profit company to organise the annual awards night.
The company’s constitution ensured that the Drag Industry Variety Awards, or DIVA as it became known, remained independent, relevant and focused on the key goals of recognising achievements within and contributions to Sydney’s drag industry for these 25 years.
It hasn’t all been plain sailing. Hitting a bump in the road in 2008, the old company that had produced the event for 18 years was wound up. The event we celebrate now is under the stewardship of Greg Steele aka Sheila Bliege, who bravely stepped up to carry it forward, supported by a team of dedicated and passionate people.
Indeed, DIVA 2015 is a time for us to honour all the wonderful volunteers who over the years have worked hard, and with love, to assist this community organisation reach and maintain an important place in Sydney’s vibrant and diverse LGBTI tapestry.

Earlier last month, on the evening of September 9, I enjoyed a lovely cold glass of the best bubbles in a toast to Queen Elizabeth II as she became Britain’s longest-reigning monarch, passing the record set by her great-great-grandmother, Queen Victoria. The Queen, who is 89, has reigned for 63 years and seven months. 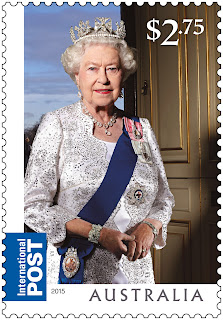 ‘Oh god’ I can hear you say but I put it down to my sense of Britishness for a moment overriding by Aussie pride. Being one of the last ‘Ten Pound Poms’ I came to Australia in the early 1970s after a childhood drilling of Queen and Country.

One of the first things I remember on arriving in Sydney was the Queen was just as prominent in daily life as she was back ‘home’. Exactly the same photograph of her hung in public places in both lands. And thanks to the Australian media I’ve been able to keep up to date with her comings and goings ever since.

So I have great respect and affection for Her Majesty. Yes, she’s a little old lady who travels around meeting people, collecting endless posies of flowers for no apparent reason, who doesn’t really say anything too important. But to the British she provides a focus for national identity, unity and pride, and gives a sense of stability and continuity. And as head of state, the Queen undertakes constitutional and representational duties which have developed over one thousand years of history.