So We Can Dance! 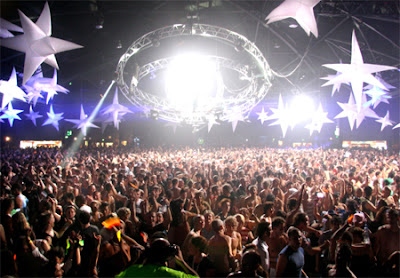 That was the question – or for him, the statement – that greeted me in the early hours of a recent Saturday morning on one of our local dance floors. I must admit, I gave this twink the look of death to show my indifference to his perception.
I mean, since when have we, as a community, even given contemplation to this idea, that age deems us no longer a spot on the dancefloor? Surely it’s a place of joy and escape, a place to let your hair down, and to be yourself – no matter your age.
I’ve been around many years and I know the sense of celebration dance floors at big parties like Mardi Gras brings. It’s always been where our tribes, of all ages, share their place in our community, our family.
Some people of my vintage no longer take the plunge by choice, but I know they will agree that if we want, we will dance until we drop. The way our tribes come together and share these spaces is a Sydney phenomenon. Many visitors remark they don’t see this camaraderie elsewhere, which many of those who went before us worked so hard to establish and nurture.
For me it’s been a place where magic has happened and where memories of our shared social history have been created.

We used to have a very talented and avant-garde DJ, Bill Morley, who at the Sleaze Ball 1987 played The Blue Danube waltz by Strauss in its entirety. It must have gone on for ten minutes. I remember everyone being shocked at first, but slowly we all went with it and couples began to dance their version of a waltz. I will always remember a leatherman in full regalia including dark glass, tapping me on the shoulder and taking me off for a spin.
DJ Rob Davis recalls one of his magic moments: “At the 1990 Mardi Gras, the Government Pavilion had to be evacuated due to a guy climbing the girders. After, for my first song, I played ‘Free Nelson Mandela’ by The Specials and everyone went mental because it was just after he’d been released from prison. It was a big moment for everybody, because we were all celebrating, and sharing with him in that common experience of having overcome oppression. And we were all in costumes and dancing with our friends. That track, at that moment, rocketed everybody back into party mode, it was magic.”
At Sleaze Ball 1995, our wonderful DJ Dean Essing, who was at the top of his game then, dropped a new remix version of the Love Boat theme in his closing set. Amidstt a whole lot of late night soulful tunes, that was about as camp as it could get. The crowd were so up for it that morning, the roof of the RHI nearly took off. At a recovery party the next evening I had a drink with Dean and his partner Les, and heard of the angst he had suffered all week over the decision to play it. No need to worry – that track became the song of summer 1996 and that moment became dance floor legend.
DJ Kitty Glitter agrees that when magic happens on the dance floor and the crowd is up for a great time, you can pick up on it – even feel the love.
"When they hear a song that they’re loving at the time, they sure let you know,” Kitty said.
Playing a five-hour set at Montreal Pride in 2014 Kitty had everyone with their arms in the air swaying to Queens ‘We Are The Champions’.
“Seeing that many people at that moment united and full of pride was electrifying – I felt like Freddie Mercury,” Kitty said.
Maybe the dance floors of the local clubs are the domain of the regular Saturday night kids, but take yourself to any of the one-off dance events and I see a bit of everybody. Some local promoters target an older crowd and are doing very well in filling their spaces.
After touring overseas most of last year, Kitty agrees.
“Dance floors are the same all over the world these days, comfortably mixed, with punters of all ages. People don’t want to stop dancing as long as they are having fun.”
So as the local celebration season kicks off and were all planning our diaries, I say make room kids, were coming with our well worn suite of unauthorised steps.
We can all share in the magic!