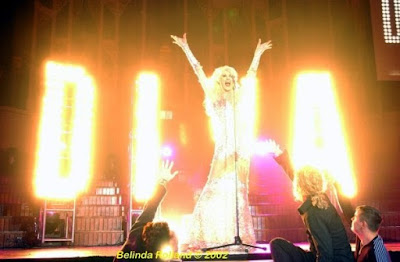 It’s often said that our community organisations must change with the times to remain popular and dare we say relevant. For several years now DIVA has been reflecting the changes we’ve seen in the drag scene and the audience numbers at the annual awards adjusting.

Although the scene is much smaller now the enthusiasm of the audiences is still driving an industry, fuelled somewhat by the RuPaul Drag Race phenomena and the fact our performers are still as good as you’ll see anywhere else.

DIVA have found it difficult over the last few years to establish a judging panel of experts and consequently, who won what and why, was questioned more than ever before. Change was needed.

Kudos to the small team behind Avid Events who have been presenting the awards since 2009. Mostly these days a two hander of Greg Steel and Tim Millgate who have built the event again, year by year, and it was so great to see last year at our 25th anniversary awards how successful they have been.

As soon as those celebrations faded the guys began a process of analysis, what is great about DIVA and what was due for a tweak? Because at the heart, the fact that its main purpose is to recognise the often unsung success of the Sydney drag industry is still as important as it was 26 years ago. 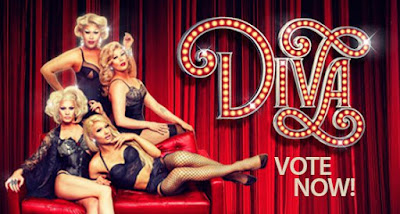 It appears their response is genius. Determine the nominees and consequent winners by a voting process that gives showgirls 50% of the voting base and audiences the other 50%. I’ve heard incredibly positive feedback from showgirls who tell me things like ‘the balance will be brilliant’ and ‘any bias is buried’. For the fans, well they now get to vote for the Variety Award, Technical Achievement and the loved Bitch of the Year.

Tim told me “DIVA is so excited to make changes to this year’s awards and voting process, after listening to the community feedback over the years. We have streamlined the awards available and opened some new ones up to the public for the first time. We encourage the Sydney Drag community to get their fans voting, as it will be a close race to the finish this year!”

The DIVA Committee will continue to select the inductee to the DIVA Hall of Fame and the Belle of the Ball at the event.

The big one, the Entertainer of the Year, was selected solely by the judging panel in the past, and was always the most debated at the Bitch and Boast after party. From first hand I can tell you that sometimes it became very heated, wine throwing, storming out and tears all par for the course. Now in our new era Entertainer of the Year is decided by a combined vote, 50% showgirls and 50% Diva Committee.  We can’t guarantee the end of the hissy fits but it sure opens up the field to change– and may the best queen win!