The numbers suggest that Season 6 of RuPaul’s Drag Race is the most watched of the series, and the benefits of course are incredible. It can educate, enlighten and enlist a whole new world of support for the drag industry.  Yes that’s what Drag Race is - an avenue of entertainment featuring Drag!


The problem is when the joke backfires or causes controversy it attracts the kind of attention that can have unreasonable consequences. Here amongst all the fun and glamour of Season 6 we have the perfect example of one bad taste segment affecting the whole show profile. 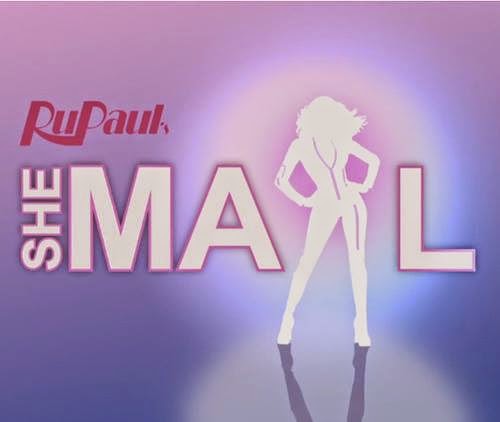 In a recent episode they had a mini challenge, a game called Female or Shemale, pitting the contestants against each other in a quest to determine whether they were being shown a picture of — as RuPaul phrased it — ‘a biological woman or a psychological woman.’
The contestants laughed as they guessed whether or not the body part they're being shown belonged to a cisgender (nontrans) woman. The problem was it stepped out of its remit of showcasing drag queens and brought transgender women into the mix as a source of ridicule – it was in bad taste and totally unnecessary. 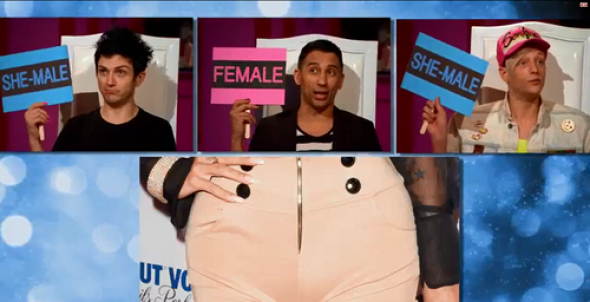 The following morning, a number of trans individuals who had long criticized the show's use of transphobic language voiced their concerns on Twitter. They were supported by the US organisation GLAAD (Gay & Lesbian Alliance Against Defamation) who argued that Shemale is defamatory and only serves to dehumanize transgender people.
Whilst I find myself in a stage of life where names don’t dint my surface – I have never experienced the term shemale from a place of respect or understanding, and it’s disappointing when used by my sister tribes. 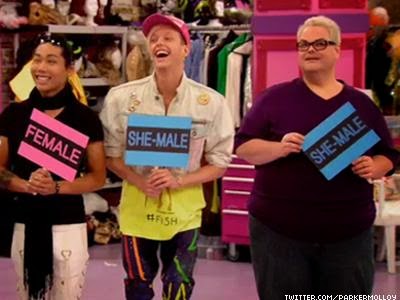 Each week on Drag Race the weekly challenges are announced by RuPaul via a TV monitor as the contestants receiving She-mail a play on email – not a play on Shemale. For five and half seasons it’s been witty, amusing and not offensive: but in preforming one short tactless segment this aspect has got caught in the net – crazy!
The outcome is that Logo, the TV network, has announced it has decided to remove the term ‘she-mail’ from future episodes of RuPaul’s Drag Race.
“Logo wants to thank the community for sharing their concerns around a recent segment and the use of the term ‘she-mail’ on Drag Race,” said a network spokesperson. “The episode has been pulled from all of our platforms and that challenge will not appear again. Furthermore, we are removing the ‘You’ve Got She-Mail’ intro from new episodes of the series. We did not intend to cause any offense, but in retrospect we realize that it was insensitive. We at the network sincerely apologize”.
Yes the Female or Shemale segment was a moment of poor judgement, and I can understand some being offended, but surely we can see the joke in she-mail in the context used. The problem is the two terms became entwined and seemingly impossible to then separate.
The executive producers (including RuPaul Charles) released a statement saying “We delight in celebrating every colour in the LGBT rainbow. When it comes to the movement of our trans sisters and trans brothers, we are newly sensitized and more committed than ever to help spread love, acceptance and understanding”. I believe them. Let’s give them the opportunity to dust themselves down and continue to deliver what is after all the only high profile drag show reaching the masses. 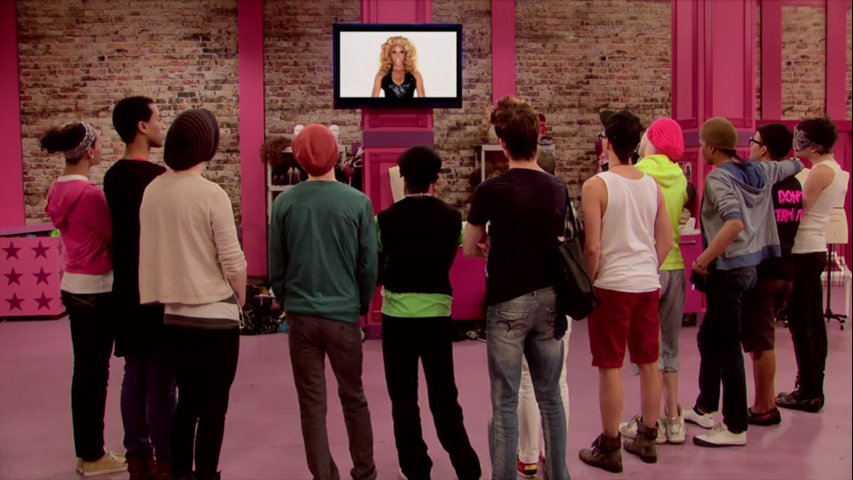