It’s a given that the Eurovision Song Contest is the campest show on earth but who would have thought it could deliver one of the strongest messages of diversity and difference to the world - all wrapped up in the wonderful drag persona Conchita Wurst.

Conchita Wurst was born Tom Neuwirth on 6 November 1988 in Gmunden/Austria. The young artist had always dreamed of a career in showbiz. It all really started in 2006 when he took part in the talent show Starmania. In 2007, he joined the boy band jetzt anders which however only survived for less than one year.
Tom graduated from the Graz School of Fashion in 2011 and created his drag persona Conchita Wurst who came second in the Austrian preselection for the Eurovision Song Contest 2012. Conchita uses the she when in drag and has recoded three singles so far including Rise Like a Phoenix. A modest journey – till now! 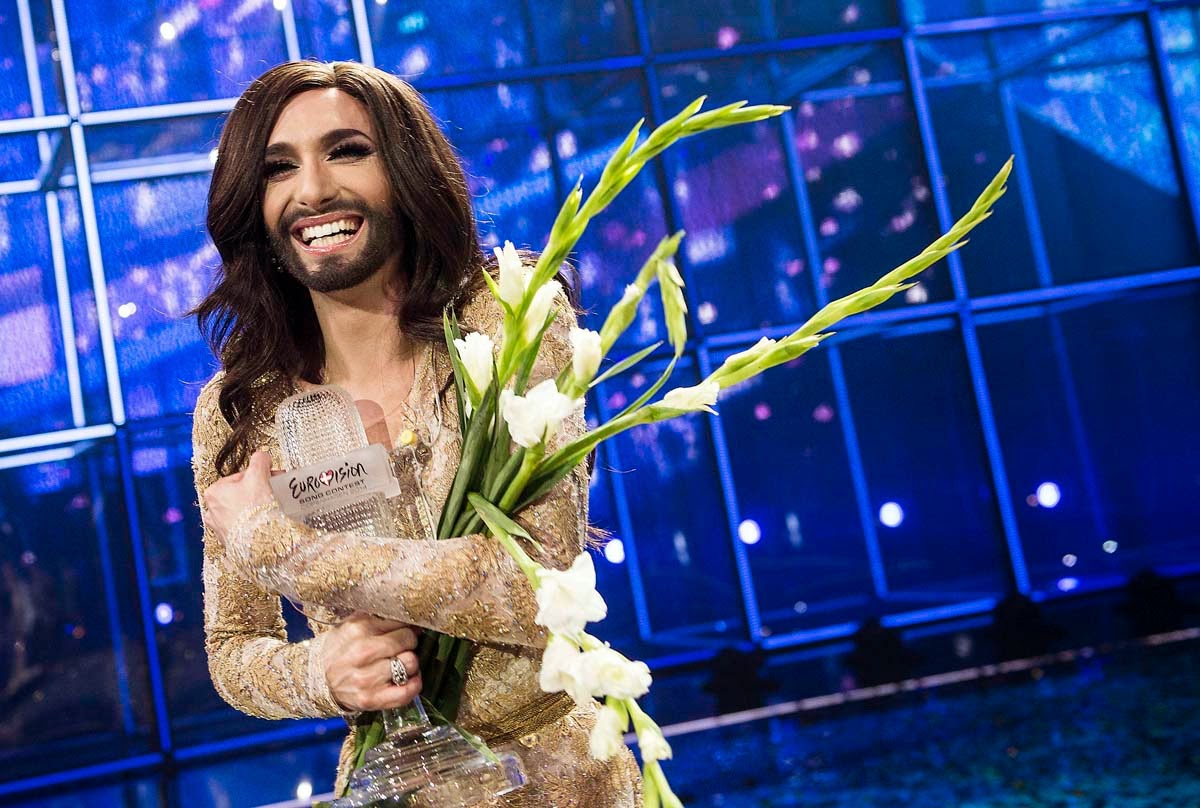 Winning Eurovision this week ensures Conchita a place in the GLBT pages of history and deserves all of our respect and thanks.  She was faced with some protests before the competition, highlighting a rift between Europe’s progressive liberal side and the traditional values and nationalist rhetoric of Russia and some other nations taking part.


She wasn't concerned with the controversy surrounding her. "Hey, I'm just a singer in a fabulous dress, with great hair and a beard” Conchita said. But behind all of the campness she must have felt enormous pressure to both do well in the competition and remain true to her belief that she could make a difference.
Conchita deserved to win, Rise Like a Phoenix is a classic Eurovision song the type that has mass appeal amongst many different cultures, it was performed well and hey she looked the epitome of young modern glamour. Watching the win here in Sydney at an annual Eurovision party with cheering and screaming friends, I could imagine the same excited scene played out in Europe & Australia and that for some the moment would be liberating.
After her victory, Conchita told reporters she hopes gay, lesbian, bi and transgender people around the world are getting stronger in their fight for human rights. Taking to the stage for her winners performance she said: "This night is dedicated to anyone who believes in a future of peace and freedom. You know who you are. We are unity and we are unstoppable."
﻿