Having Pride in Sydney Showgirls

Recently I went to the Pollys 50th anniversary dance and show at the Roundhouse, which was the most wonderful celebration of Pollys, the longest running gay social club in the world. I love it as it’s my chance to catch up with my sister showgirls from way back in the day, who I only get to see at these dances and naturally we all end up round one table to share our gossip and the what’s what of the moment.
After a few ‘well in our day’ kind of stories the conversation dipped into what’s happening now, and I was delighted to hear just how much the old girls had an eye on the current scene. One of my girlfriends turned to me and said “come on Colleen you know what’s happening – anything bona (good) we should know about”. 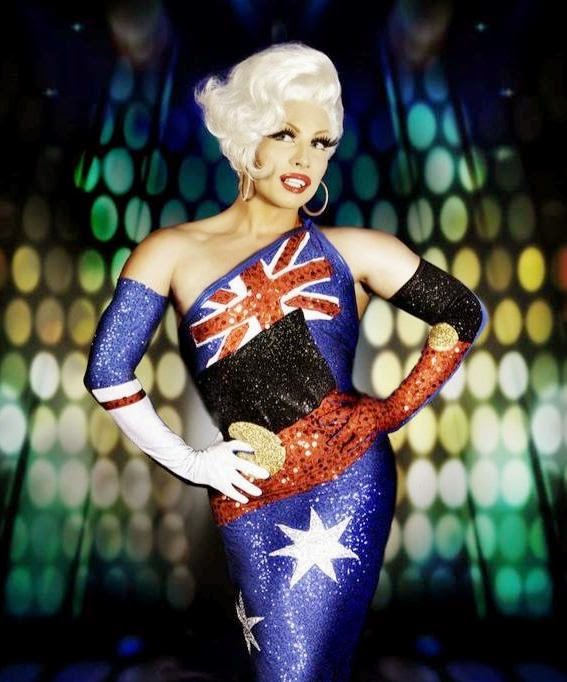 Dallas Dellaforce was appearing at the Glastonbury Festival no less. The Glastonbury Festival is the UK’s massive annual five-day summer music festival held in Somerset in the south west of England. It attracts about 150,000 punters but there not all there for the music acts. Glastonbury has a famous Circus Field with a big top holding an audience of 3000 each night. Dallas was there as part of ‘Briefs - The Second Coming’, an Australian group billed as an all-male, all vaudeville, and an all trash edgy circus troupe, which headlined as the Circus Tents late-night act. Whilst Dallas has been developing her very theatrical genderfuck performance style for about ten years, anyone who saw her triumphant ‘Pursuit of Glamour’ at a recent Mardi Gras Festival knew this was something the world would ache to see, and through the Briefs show that sure is happening. 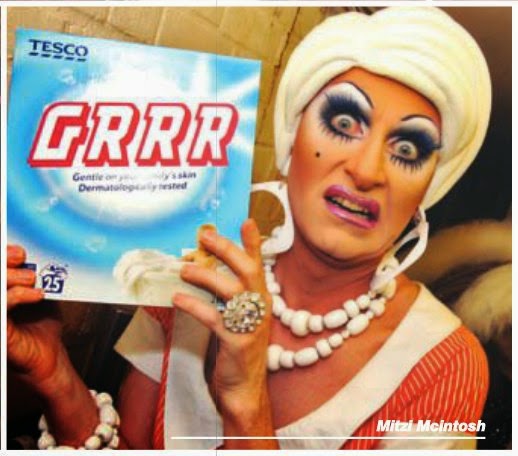 I know we lost Mitzi Macintosh to the UK a few years back now, but we will forever claim her as one of Sydney’s greatest drag stars. Just bringing Mitzi’s name up in our rave had girlfriends cooing with glee – she is after all the most Diva Awarded of all queens. Mitzi was one of the headline acts at a London Pride gig ‘Pride and Glory’ at Half Way to Haven, a very British kind of gay bar just off of Trafalgar Square and right bang smack in all the day’s action.   Since arriving in London, Mitzi has won Boyz Awards Best Newcomer gong and has a weekly residency at Half Way to Haven with her ‘Come Mine with Me’ show. It’s a typically tiny drinking hole with a small stage and punters who can be a hard lot to crack.  I was in London a few months back and went along for a Mitzi fix and was just delighted to see her giving those Brits a very Australian taste of drag performance. Working alone and onstage for 45 mins its clever, glam and very funny – cracking them she sure is. 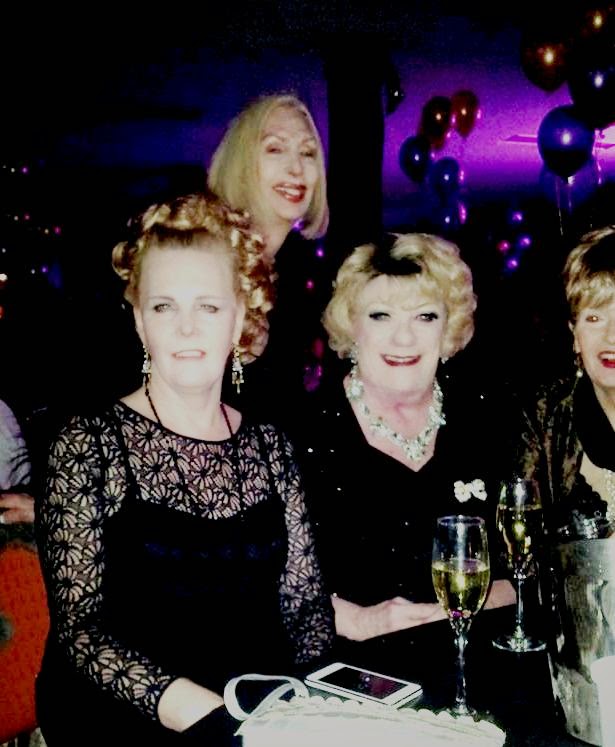 Meanwhile back on Table 34 we were having a bonaroo (wonderful) time, and some of the girls performed spot numbers. Maxine DuBarry reprised Colleen Hewett’s tingling  Waltzing Matilda, the whole audience sang along to Judy Burnett’s performance of Idina Menzel’s ‘Let it Go’ from Frozen and the legendary Karen Chant, in the final performance of a 60 year career, preformed her ultimate – Streisand’s ‘I’m the Greatest Star’ and everyone gave her a fond farewell standing ovation. We had drinks, we danced and we reminisced.