DIVA 2014 - Celebrating the past - looking to the future 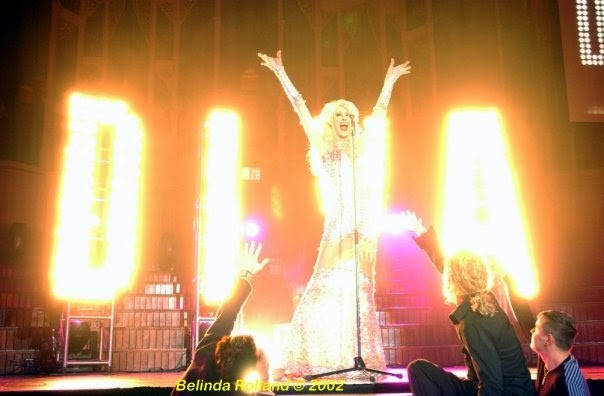 It’s time for the annual meeting of the tribe, high on glamour, back slapping and celebration of community. Yep it’s the 24th annual Drag Industry Variety Awards, DIVA.  It’s amazing to think when we first met at DCM nightclub in 1991 that today we would have a record to evoke the best of a drag industry that tells a wonderful and colourful story of Sydney’s gay life.


Enormous credit belongs to David Wilkins, Penny Clifford and Ian Jopson, who wanted to organise an event to celebrate Sydney's amazing drag queens, their work, and the many talents of the people who made up the local gay entertainment industry. They kicked off a community organisation that has existed because of the effort of many volunteer board members over the years, with support from numerous community venues, media and small business.
Penny recently told me “I am very proud of being a part of a small group of hard working people that started DIVA in 1991 and that its legacy continues today. If there is one achievement in this community I’ve had in my life that I am proud of, it would be the DIVA Awards”.
As a community organisation DIVA has had its business highs and lows over the years; I was proud to be part of it all as a board member in the 00s, but prefer to recall DIVA history through the fabulous performers whose wonderful talent we’ve celebrated.

In those very early years Leggs Galore was called as the ‘Entertainer of the Year’ which was absolutely proper because then, to live in this town and not feel every time you saw a Leggs Galore performance that you were seeing something new, brilliant and remarkably creative was impossible. In these early days the ‘Entertainer of the Year’, after collecting their gong, performed the number they were most known for at the time to close the show. For the great Leggs Galore this was the disco version of ‘I Am What I Am’. When the music break came he flick flack’s right up the centre aisle to the end, presented himself, turned and cart wheeled back down the aisle to centre stage. Needless to say I can’t remember an ovation ever being louder or longer than that one Leggs received.
Star City, can we talk, really a fabulous showroom and how much trouble could a girl get into after the show?   The bemused gamblers watched us all arrive through the main gambling area in all our finery creating havoc as we went. Many a showgirl blowing months of performance fees on the tables and why Star City management never employed Mogadonna as a two up chukka I’ll never know, many a digger was in awe as she took over the bank. DIVA had many successful award nights at the old Star City Showroom first in the mid-nineties and later in the mid-noughties.
﻿﻿﻿﻿


On the stage I remember one of the most novel DIVA shows ever seen. The fabulous Cindy Pastel making a triumphant return after 5 years in Perth to perform ‘Beautiful Stranger’ the smash hit song from the Austin Powers movie. That perfect 60s look Cindy had been known for, surrounded by mojo shaking chorus boys of Austin’s and Dr Evils crowned by the appearance of dancing mini me’s from the Janice Breen Dance School almost took the roof of the showroom.
The old Hordern Ballroom was a popular room in the late nineties with a big stage, and wow did we need it when DIVA celebrated its tenth year in October 2000. It had already been a huge year for DIVA after that much hyped ‘Priscilla Parade of Icons’ during the closing ceremony of the Sydney Olympic Games in September and everyone was on a huge high. The anniversary had been themed as DIVA Legends and the celebrations were led by those famous showgirls, Simone Troy, Monique St John and Carlotta. They burst on stage and recreated ‘You Don’t Own Me’ complete with white suits from the film The First Wives Club before being joined by almost every winner of ‘Entertainer of the Year’ and every member of ‘The Hall of Fame’ for the classic ‘One’ from A Chorus Line, giving us all a  chorus line to treasure.﻿﻿


Over the first half of the 00s DIVA hit its peak both business wise, winning an Australian Post ‘Community Business of the Year’ Award, and for audiences hitting four figures. Taking the event to the Sydney Town Hall for the first time caused the kind of excitement you might experience on your first Mardi Gras.  It’s at this time DIVA staged its biggest and arguably most memorable show ever. The Albury Hotel had recently shut up shop after almost twenty years of presenting drag every night of the week; it had left a temporary void on the scene, so DIVA decided to honour all the performers that had worked at the venue in a tribute show.
Thirty showgirls covering all the Albury years smashed it with ‘History Repeating’ by Shirley Bassey, produced and choreographed by Trudi Valentine, with rolling graphics of all the Albury Hotel show posters created by Ian Jopson. It very cleverly brought out small groups, youngest first, building until the Town Hall stage was covered with the biggest drag stars of the last twenty years and a packed house all on their feet screaming their tits off, singing along with the great Dame.
As our wider LGTBTI community began to change so too did DIVA, and hitting a bump in the road the old company that had produced the event for eighteen years was wound up. We now celebrate Greg Steele a.k.a. Shelia Bliege in the same way as David, Penny and Ian as he stepped up to a difficult job of beginning again. With five awards nights under his belt he has, with a very small team of volunteers, brought us back where a prospective evening can be as fabulous as any before. ﻿﻿﻿


For me the show that taped our consciousness and bridged the old to the new was the haunting yet sophisticated Memorial number in 2012 at Fox Studios. Penny Clifford performed ‘Borrowed Angels’ by Kristin Chenoweth, where maximising the power of a full size cinema screen, thirty-two images of members of our tribe who have passed away, some twenty years ago, some only recently, reminded everyone of how we annually celebrate both an Industry and a ‘showgirl family’ - such is the Sydney tradition. 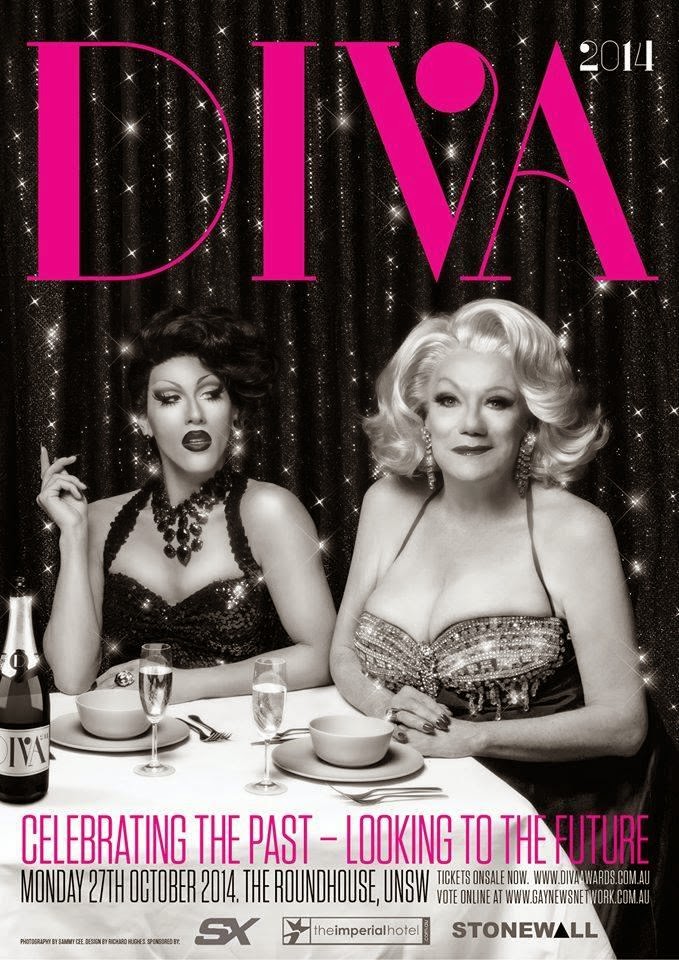