So how is your New Year’s resolution going? Apparently about now is the trickiest time when all good intentions can disappear. According to the Australian Bureau of Statistics 2013 Health Survey, 50 per cent of Australians make a resolution at the beginning of each year but the failure rate is a very high 92 per cent, meaning only 8 per cent of us succeed.

Usually I don’t buy into resolutions at all, although on several occasions, I have used the opportunity to make some of those big difficult changes. On 1 January 1992 I threw my last packet of cigarettes into the trash and never regretted that choice, although it sure was a painful process for a few months. If this is you right now, please hang on. Yes, it’s as hard as hell but trust me, it will become a watershed life moment.

January 1985 was my other big one. A few years earlier I had retired from my fulltime showgirl career as a Les Girl, made some major life changes and for one reason or another stacked the weight on – I think I tipped the scales at 120kgs. So I committed to the number one resolution: to lose weight and get fit. Little did I realise then I was changing my life forever.

I joined a gym in Clovelly and was extremely lucky to find a brilliant woman who was to encourage and educate me on my fitness path. As it happened, about 12 months into the process, that gym closed and Charne and her team joined the line-up at the newly opened Fitness Network on Oxford Street.

By the late 80s, all the ghetto gyms were packed and much of Gay Sydney was aerobics-mad. So much so that in 1989 the 4am show at the Mardi Gras party was a gym-influenced show – yep, about 50 gym junkies doing their stuff: the grapevine, the Mambo and the Ezy Walk all to the Yazz hit, ‘The Only Way is Up’.

The Fitness Network joined up with the Oxford Gym and relocated to a wonderful old warehouse in Riley Street and for the next 10 years it was my second home. It was a heady time. We had a young Marcus Irwin as an instructor, who I recall invented his famous Cardio Funk exercise craze at this time. He became the World Aerobic Champion in 1992 and later travelled the world teaching other fitness professionals. Later that decade, we were in the hands of Michael Thomas, who taught a very dance-based aerobics class. He went on to a very successful career with California Fitness Asia as their Regional Director of Group Exercise and is now a Zumba Master, training instructors in Europe. 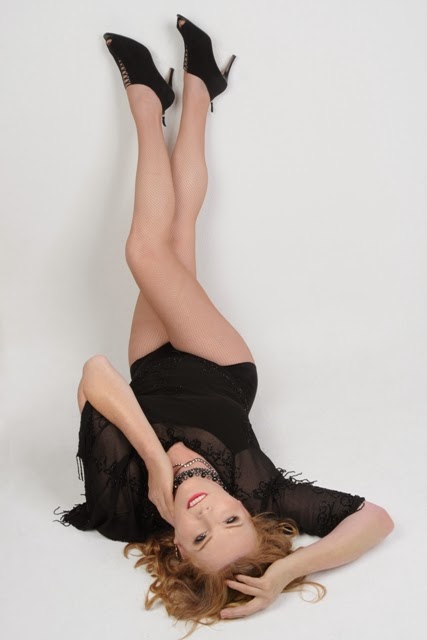 I loved it all, and realise now I was an addict, but I can never forget what it felt like at the very peak to be so fit. Jumping out of your own skin and, OMG, those all-over tingling body experiences were something else. I worked hard to keep up at least a competent level and very proudly won a bronze medal in the women’s aerobics competition, just three days after my 50th birthday at the Sydney Gay Games.


The Sydney Gay Games in 2002 were a wonderful time for many in our community. We gym bunnies had spent years training in anticipation of the games and a while aerobics wasn’t a team sport, the camaraderie among the competitors was nonetheless unforgettable.

After the games, the style of cardio exercises began to change. Aerobics classes disappeared, making way for exercising with less impact, more gym equipment, the rise of boot camps and the appeal of the solitary runner just grew.

It was perfect timing for me personally as I had to begin adapting to a different way of thinking – I was entering middle age after all. The first years of this decade presented some challenges and my body was demanding something different from my fitness regime. I imagine this must be the case for many of my old fitness buddies who were part of those early gym scene and those addictive high impact classes.

I was forced to take an exercise break for six months a couple of years ago, the longest period of time I’ve ever had off from exercising since I set off on my fitness journey. I was diagnosed with Femoroacetabular Impingement (FAI), a condition best described as a mechanical mismatch between the ‘ball’ and the ‘socket’ of the hip. It’s found in sportspeople, athletes and dancers and usually presents between 35 and 50 years of age.  The consequence is no more high impact jumping or squatting activities.

Recently I’ve also experienced recurring lower back pain, which I’m told is aggravated by medicine ball assisted sit-ups. Yep, those exercises have now been cut from my workout program as well.

Some estimates suggest that about half of the physical decline associated with age may be due to lack of physical activity and that only around one in ten Australians over the age of 50 has enough exercise to gain any cardiovascular benefit.

So here in January 2015, some thirty years since that New Year Resolution, I recommit to a new, sustainable, fitness program designed and tailored to take me through the next chapter. I want to be among that 8 per cent in the class of 2015 resolutions.

I’ll see you at the gym.