The Transgender Day of Remembrance was established in 1999 as a memorial to those who were killed due to anti-transgender hatred or prejudice.

The event is held annually on 20 November to honour Rita Hester, whose murder in 1998 instigated the Remembering Our Dead web project and a San Francisco candlelight vigil in 1999. Rita Hester’s murder — like many anti-transgender murder cases remains unsolved.


This year’s Transgender Day of Remembrance in Sydney will be held in Harmony Park, Surry Hills and is sponsored by the Gender Centre, with the support of the Inner City Legal Centre, City of Sydney, NSW Police Force, Queer Screen and Trans Sydney Pride. There will be a free BBQ, with tea, coffee and cake provided throughout the day.

Commencing at 3pm a Police Plaque is to be unveiled in the area around the Police Memorial adjacent to Harmony Park. This Plaque will honour the Trans community and those who have suffered because of transphobia. Following this and back in the Park there will be talks from Edward Santow, the Human Rights Commissioner and Superintendent Tony Crandell of the NSW Police.

These talks will be followed by a Living Library Book feature. The aim of the Living Library is to facilitate conversations between interested members of the public and individuals from marginalised communities. These are the ‘books’ and they are available to the ‘readers’, who can reserve a one-on-one conversation and discuss the life experience of the ‘book’ for half an hour.  The aim is to challenge prejudices and stereotypes and provide the chance for greater understanding in a safe, respectful space.

At 5.30 pm there is an outdoor film screening of The Trans List, hosted by Queer Screen. Featured are some of the most fascinating and accomplished individuals of today (or any day), including Janet Mock, Caroline Cossey, Buck Angel,  Laverne Cox, Caitlyn Jenner, Justin Vivian Bond and Miss Major Griffin-Gracy. 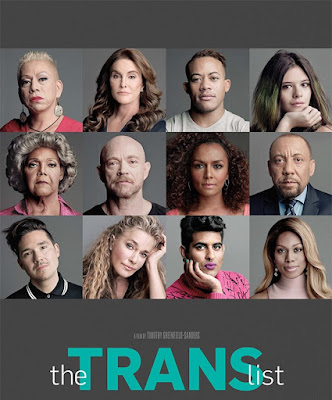 Paul Struthers the Festival Director at Queer Screen said “The Trans List breaks down stereotypes and ideas of what it’s like to be transgender in today's world. The stories reflect an ever changing media landscape, which is building and accepting love, for all portions of the queer community. Queer Screen is continuing our promise of screening more Trans content, from all parts of the world, as well as working with the local Trans community on these screenings.”
The Trans List has been a massive hit at LGBTI Film Festivals throughout the USA summer and is sure to be an inspirational highlight of the day.

Trans Sydney Pride are organising the inaugural Transgender Day of Remembrance Candlelight Vigil at Taylor Square. At the conclusion of the screening everyone will be invited to join them and the LGBTI community at the vigil. Candles and a police escort will be provided as everyone walks together up Campbell Street with love, goodwill and silent contemplation to Taylor Square. The vigil begins at 7.30 pm and ends at dusk.

Katherine Wolfgramme for Trans Sydney Pride said “TSP are so excited to be able to support the Gender Centre event at Harmony Park and feel very honoured to organise and facilitate the Candlelight Vigil at Taylor Square. Both events are so important to help bring Trans awareness to not only the LGBTI community but also to the broader community.”

It will be a beautiful day and evening that honours the resilience of our community, whilst commemorating those who have suffered as a result of transphobia. A gathering of our community, of family, friends, and allies in solidarity and respect. 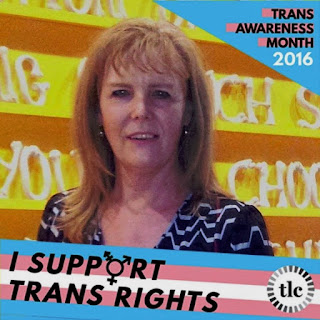