A wonderful year for Sydney audiences!

It’s holiday time at last, and time to relax and reflect on a year soon gone in a flash. Here in Sydney it’s been a great year for all aspects of entertainment, we’ve seen world standard performances and been blessed with a steady flow of unforgettable experiences in the theatres, stadiums and cabaret clubs.


I’ve looked back at the reviews and pieces that got the most attention from you readers, what you liked, shared, clicked and commented on. So here is the review of my year on Guidetogay.com, collenwindsor.com and facebook. 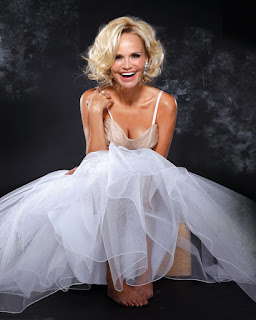 It’s been a great year for cabaret and such a broad variety of artists played in concert halls to pubs with Kristin Chenoweth getting my gong. Best known on-stage for creating the role of Glinda, the good witch, in the original Broadway and West End productions of Wicked, Kristin Chenoweth toured capital cities after appearing as the headline act for the opening weekend of the Adelaide Cabaret Festival. I saw her concert at the Sydney Opera House which was packed to the rafters with her amazingly appreciative fans.


Ms Chenoweth sang songs covering her whole Broadway career, Cabaret, Avenue Q, Glee and of course Wicked. This concert included one of those ‘you had to there moments’. Sitting in the house seats was Lucy Durack, Australia’s Glinda; Kristin called her up on stage to sing with her. Kristin asked Lucy to sing Glinda’s part to her Elphaba’s part of For Good. Goosebumps were flying up the neck of everyone in the hall – a truly electrifying and unforgettable moment. I wrote in my review at the time “this was as good as cabaret gets”.
Concert 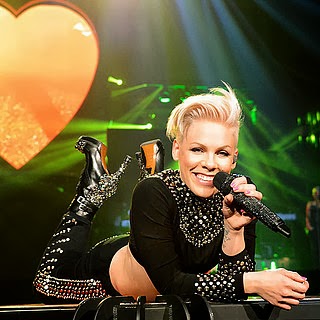 A massive year for ‘world tour’ concerts calling by Sydney and apparently they all did huge business - Beyonce, Alicia Keys, Rihanna and J Lo amongst them. But the gong here is all Pink’s The Truth About Love record breaking extravaganza!  Pink played the most dates, stayed the longest and grossed the most revenue – Australian audiences love her and she gives back to every ticket holder in spades. They even shot the DVD in Melbourne for US release next year.
The concert had heart, was very creative in its look and feel, production values as good as any, and the most amazing circus aspect I’d ever seen.  The playlist featured mostly from the album of the tours name with a very tight cast of singers, dancers and an awesome band. Pink is the ultimate all round entertainer but at her core a brilliant singer.
Musical
Most of the musicals we saw this year in Sydney played second cousin to the stadium concerts. Hot Shoe Shuffle and Grease - well OK, The Addams Family was better but not really remembered a week after you saw it. But then along came a treasure, the delightful and very funny Dirty Rotten Scoundrels.
Unfortunately it didn’t do great business but had terrific word of mouth and everyone who saw it enjoyed it as much as I did. My review of this show got lots of comments from people who also loved the show – so it takes my musical gong. 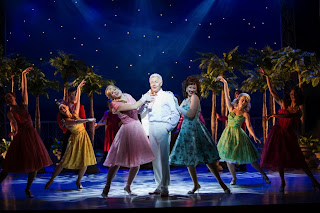 Dirty Rotten Scoundrels was based on a 1988 film of the same name, which I’d never seen, so I didn’t know the story beforehand and was delighted with this clever, entertaining and very funny kind of old Hollywood comedy that took me on hilarious turns I couldn’t see coming – the script was the fantastic base on which this show was created.
It starred Tony Sheldon and Matt Hetherington as the con men at the heart of the story but had terrific performances from all involved; Amy Lehpamer, Katrina Retallick and Anne Wood were fabulous. Whilst you didn’t come away humming any of the tunes they were nevertheless delightfully frothy, bright and tinted with a ‘Golden Age’ musical feel. I really enjoyed this.
Play 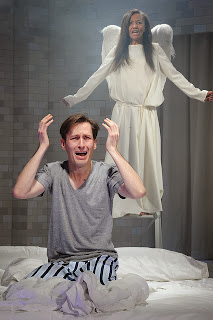 It seems I’ve seen a lot of heavy, often very long, thought provoking theatre this year on both our main stages or in our tiny wonderful intimate spaces. By some of it I have been altered – seriously there has been some amazing performances. Top of the pile and without hesitation was Angels in America which played at the Belvoir Theatre last winter.
Angels in America: A Gay Fantasia on National Themes is not one play but two.  Millennium Approaches and Perestroika – an epic double comedy of love and hate, heaven and earth, past and future. It is 1985, Prior Walter is HIV positive, his Jewish boyfriend leaves him for a straight Mormon, and then he gets a hospital visit from an angel who says it is up to him to save humanity and so it went for some six hours or so over two performances.
This was unforgettable theatre, with an excellent ensemble cast all round, with the performances of Luke Mullins, Mitchell Butel and Marcus Graham almost bound to appear on nomination lists this awards season.
Your most read, clicked and comments 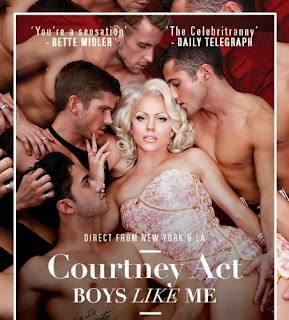 The review that wins the gong for the most reads, comments and likes by a landslide was Courtney Act and her wonderful cabaret show Boys Like Me. Courtney brought this new show home to us in Sydney in September after a short but very well received season in New York.

As I wrote at the time: Boys Like Me was a clever ninety minute showcase of Courtney’s charm. It tells the story of her life in the US and the sexual encounters and delights she has experienced walking the gender divide. As I said - what’s not to like about a string of tantalising sex stories and a whole lot of perfectly selected pop songs to illuminate the point. It was a fantastic show, with an audience that evening of many long time friends and acquaintances who collectively were proud of how far ‘our Courtney’ had come.
Since then has come news that Courtney will be part of the cast of Ru Paul’s Drag Race Season 6 early in 2014. And returns to Sydney as one of the 2014 Mardi Gras Festival headline acts, bringing Boys Like Me to the Sydney Theatre so many more of you can experience this sensational showgirl!

So many thanks to all of you for visits, clicking, commenting and liking through 2013 and here’s looking forward to sharing more wonderful entertainment on the Sydney scene – have a happy Christmas and best wishes for the new year!