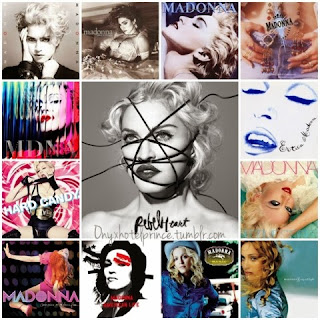 The greatest showgirl the world has ever seen is coming to town and for me it’s a dream coming true. Madonna has supplied the music to my life since that first anthem ‘Holiday’ in 1983 through all seventeen CDs sitting on my bookshelf. Thirteen studio albums nicely spaced every few years and some of the best compilation albums you could ever wish for.


Recognised as the best-selling female recording artist of all time by the Guinness Book of World Records with 300 million album sales; Madonna is bringing her Rebel Heart World Tour to Sydney in March next year and with my Platinum ticket under my pillow its just 250 sleeps away. 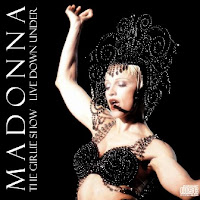 We fans have been very patient for 23 years as the queen of pop bypassed Australia on all world tours since the 1993 Girlie Show, citing logistics and financial reasons for the no show. The Confessions tour in 2006 never made it because she had to get her kids back to school (serious), Sticky and Sweet of 2008, which is the biggest grossing tour of all time for a solo artist, never made it due the global financial crisis. For MDNA of 2013 Australian media suggested that stadiums had already been booked before Madge dropped us again. After a fan backlash she belatedly played the parent card again and said;

“I know a lot of you are angry with me, upset with me, disappointed … please forgive me, and know that when I do come to Australia I will have made the wait worth your while, and I will put on the greatest show on earth.”

So halleluiah - no way could she bypass us again.

But we need to look at this in the light that it’s all show biz and the biz part is all about making the sums work – and for Madonna at this stage of her career it’s a big ask. And quite frankly she has never forgotten 1993.

In 1993 Madonna was the biggest female star in the world. She released The Immaculate Collection in 1990 and it enjoyed a whopping 23 million sales worldwide. This includes the two huge singles ‘Rescue Me’ and ‘Justify my Love’. This was followed by the Sex book which caused a huge stir and the release of Erotica in 1992. Erotica only sold 5 million copies worldwide but went three times platinum in Australia which in the scheme of things was considered a good portion per-capita. It was on the back of this that The Girlie Show was to come to Australia.

Sydney went absolutely mad leading up to her visit and we spoke of nothing else for weeks in readiness. On the night of 19 November 1993 we headed off to the Sydney Cricket Ground as huge rain clouds circled. The weather had been very wet in the week preceding the show and the papers were full of copy about the precious cricket oval coping with the wild Madonna fans. 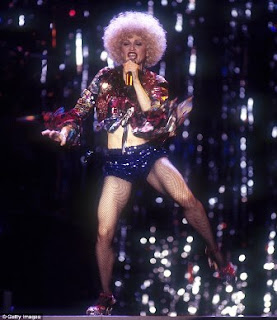 The 50,000 crowd went crazy as the show began, but we soon realised we had almost no sound, the strong wind blowing across the oval was wiping the sound out of the place. Only the people in the expensive front seats and those in the cheapest at the very back of the stands could hear anything. To top it off the stage had a long catwalk to a satellite stage that was eight steps down from the main stage and when she and the cast stepped down onto the catwalk we could only see from their shoulders up – a total disaster.

A friend of mine had a week long love affair with one of her dancers and when I was introduced to him at Gilligan’s, a popular bar above the Oxford Hotel, a few nights later he told us Madonna was furious after coming all this way that she got such a poor reception. But sorry, really, after all the hype couldn’t see and couldn’t hear.

The Rebel Heart Tour will wipe all that from our memories as Madge moves indoors and plays arenas all-round. The last hurdle to this dream is of course the playlist? Madonna always builds her shows around the album du jour with just a tad of back catalogue. Despite hitting No.1, Rebel Heart has been her lowest selling album to date, with none of the singles so far, ‘Living For Love’, ‘Ghost Town’ or ‘Bitch I’m Madonna’, denting the Australian chart. So after all these years dear showgirl – I want a bit of everything. 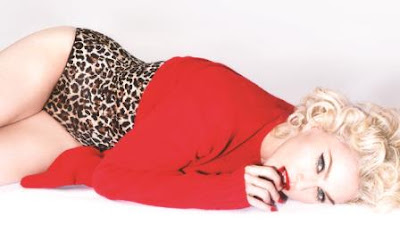